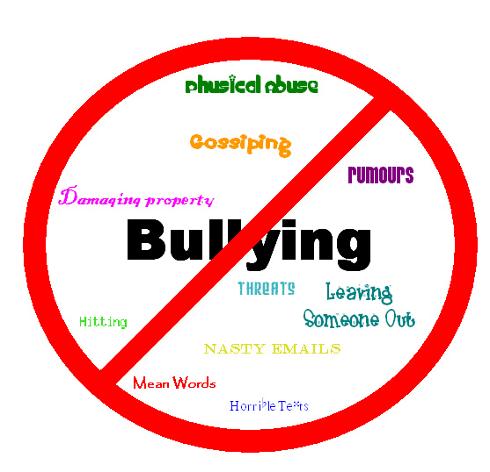 When I was a small child, I didn't have to deal much with bullying in my school. It wasn't until high school that bullying really got bad and quite honestly it made my high school years miserable.

I was one of the nerdy kids who spent all his time in science classes and was an easy target for the other kids. I'm older and now I have my own children in school who have to deal with what is seemingly a far more mean group of children.

My oldest is in first grade and has been in school for four years if you include preschool. He's been around the same group of kids and developed his own group of friends. Recently, he told me that one of the students on the bus was picking on him.

This child was one of his friends, but I believe jealousy over a girl's affections brought out his mean streak. I debated what to do. Should I have my son tough it out? Should I get the school involved? Should I contact the parents?

After a few more days with no change, I decided to take the matter up with the boy's parents. It was apparent when I showed up at their door and told them what happened that they weren't surprised. I noticed the boy was bullied by his own older siblings and I can only imagine the punishment that he received.

My son hasn't had any problems since, but I can't help but feel sorry for the bully. It was obvious that his behavior was learned and that in his heart the boy was very good. I hope I was able to stop a bully before he ends up growing up into a bigger bully.


How to take good photos of your kids